RONOCO: ROle of Nighttime chemistry in controlling the Oxidising Capacity of the AtmOsphere Consortium Project 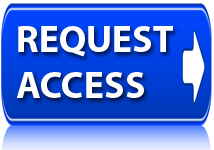 The project sought to build on the significant and increasing body of evidence that night time chemistry, driven primarily by the nitrate radical NO3, plays a significant role in governing the composition of the troposphere. Recent findings show that very high concentrations of NO3 are present away from the Earth's surface. In polluted environments, the main sinks are abundant but this is also where its formation may be most rapid and hence the NO3 turnover time is very fast. The importance of this behaviour is not as yet clearly understood, yet it may have a very large impact on atmospheric chemistry and ozone formation, regional transport and transformation of oxidised nitrogen and hence acidification and eutrophication, and may also significantly add to the regional burden of ammonium nitrate particulate, which has increasing climatic importance. To understand and predict these phenomena correctly there is a need to quantify the basic chemical processes controlling NO3 and its removal from the atmosphere; the impact of NO3 chemistry on volatile organic carbon chemistry and as a pathway for radical formation and propagation; its heterogeneous chemistry and its impact on the aerosol burden and composition; its influence on ozone formation on regional and global scales and its mediation of the atmospheric lifecycle of oxidised nitrogen.

The RONOCO project sought to address these coupled questions using a combined programme of instrument development, airborne measurement, detailed process modelling, and regional and global modelling. The principal deliverables were : a) Enhancements to the instrumental capability of the FAAM aircraft to include measurements of NO3 and N2O5. b) Comprehensive measurements of night time radicals, their sources and sinks, and aerosol composition in the boundary layer and free troposphere in a range of conditions. c) Quantification of the key processes which control night-time chemical processes. d) Assessment of the impacts of night-time chemistry on regional scales. e) An assessment of the global impacts of night-time chemistry in the current and future atmospheres.

A project space was made available to the project participants during the project to facilitate data sharing and preparation of products for archiving at the BADC.